For by-country data on the Covid-19 pandemic: Worldometer. For all Europe data on the Covid-19 pandemic: European Centre for Disease Prevention and Control (ECDC, agency of the European Union). For the status of world vaccine research and testing, go to DNA Weekly’s Ultimate 2021 Guide to Every Vaccine (‘This complete guide aims to cut through the fog of misinformation that dilutes public belief in vaccination programs, providing you with all of the available facts on Covid-19 vaccines.’)  See also the New York Times’ Coronavirus Vaccine Tracker.

World news headlines on A Socialist In Canada, August 2021 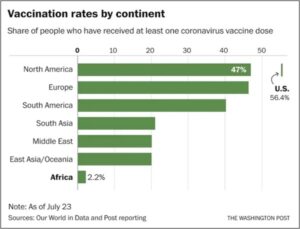 Where Covax, the global vaccination program, went wrong, New York Times, Aug 1, 2021 …Driven by a nonprofit funded by the Gates Foundation, Covax is a creation without precedent. It has gotten vaccines to poorer countries faster than was previously typical and developed a system to compensate people for serious post-vaccine reactions and protect vaccine makers from legal liability — a plan that saved those countries months of negotiations. Still, the 163 million doses it has delivered are a far cry from plans to have at least 640 million doses available by now…Most important, rich nations became rivals in a vaccine-buying race, paying premiums to secure their own shots while slow-walking financial pledges that Covax needed to sign deals.“You can’t be passing the tin cup in the middle of a pandemic,” said Dr. Nicole Lurie, the U.S. director at CEPI, referring to the desperate scramble for financing…
Related:
*  EU’s foreign policy chief warns of ‘geopolitical consequences’ over ‘insufficient’ vaccine donations to Africa and Latin America. Report by Politico.eu, July 30, 2021  …The remarks reflect a growing concern in the EU that the bloc is not living up to its promises toward Africa and Latin America to supply vaccines and build trade links while China is sending more vaccines and making big investments…
*  European Union has refused to approve vaccines made in China, Russia and India, despite WHO approval, Associated Press, July 13, 2021
Previously reported:
*  Why Africa is perilously far behind on coronavirus vaccination, Washington Post, July 30, 2021 …In recent weeks, Africa has seen its worst spike yet in recorded cases, in an overwhelmingly unvaccinated population. New cases of infection on the continent as a whole have dipped from an all-time peak in mid-July, but removing data from South Africa reveals “a uniquely steep and unbroken nine-week surge” across the continent, the World Health Organization said last week… “There is no other word for it but a betrayal of trust, the consequences of which are now playing out in Africa in lives lost that should not have been, had the wealthiest countries allowed poorer countries access to their fair share of vaccines,” WHO Director General Tedros Adhanom Ghebreyesus said in an email to The Washington Post… The Covax program aimed to deliver up to two billion doses by the end of 2021, but more than seven months into 2021, it has delivered just under 154 million doses to 137 countries…
*  Covax isn’t Africa’s silver bullet, by Suhail Omar, International Politics and Society, (Brussels), July 30, 2021 (and re-published in Consortium News, July 31, 2021) The Covid-19 pandemic wasn’t a great equaliser. COVAX’s failure to provide Africa with vaccines has uncovered neo-colonial power structures.

Florida breaks records for Covid-19 cases and hospitalizations, Associated Press, Aug 1, 2021  and read: report in Washington Post, Aug 1, 2021  [Numbers of new Covid-19 cases are soaring in the U.S., couonting more than 100,000 on July 30. Florida accounts for one fifth of those. Hospitalizations in the state are approaching the numbers at the peak of the pandemic in 2020. About 49 percent of Florida’s population has been fully vaccinated as of August 1.] 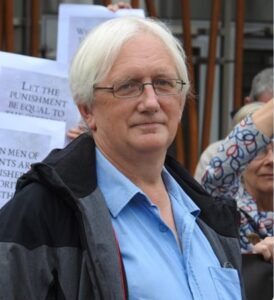