A turning point for Confederate monuments in the southern United States

News and analysis, with an introduction by Roger Annis, A Socialist In Canada, Aug 19, 2017 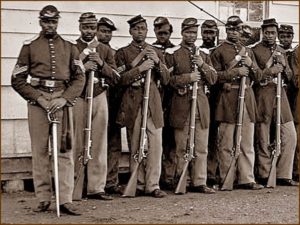 Hundreds of thousands of Black soldiers and labourers served in the Union armies during the U.S. Civil War, 1861-65

The large majority of monuments and other commemorative sites to the slavery-based Confederacy of the southern United States were erected in the early decades of the 20th century. They were erected as part of the counter-revolutionary effort to reverse the gains of the defeat of slavery through the U.S. Civil War of 1861-65.

The monuments commemorated the defeat of Radical Reconstruction during the several decades following the Civil War. They affirmed the new white supremacy that arose through the imposition of the regime of ‘Jim Crow’ racism. Jim Crow lasted until it was brought down by the Civil Rights Movement of the 1950s and 1960s. 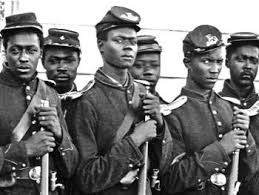 The 2016 film by Ava Duvernay, The 13th, documents the rise of Black imprisonment overseen by successive Republican and Democratic administrations since the beginning in the early 1970s. The title of the film refers to the 13th amendment to the U.S. Constitution, proclaimed in 1865: “Neither slavery nor involuntary servitude, except as a punishment for crime whereof the party shall have been duly convicted, shall exist within the United States.”

The U.S. Civil War did not begin as a war against slavery. The cause of the war was the dispute over new states in the westward expanding USA as it existed in the 1850s. Which would prevail in the new states: slavery, or the ‘free labour’ of the rising industrial capitalism? It was the uncontrollable social and political forces unleashed by the secession of the southern states from the Union (in 1860 and 1861) that led to the abolition of slavery. (See: Secession in the United States, Wikipedia.)

Twenty seven years ago, The Public Broadcasting Service in the United States aired a masterful documentary The Civil War, by filmmaker Ken Burns. The film consists or nine, episodes, app. one hour each. Many criticisms have nonetheless been made of the film for failing to explain that the Civil War did not start as a war against slavery; it only became so through the force of events. See one criticism here, by a teacher of Civil War history.

In 2015, Ken Burns told a Washington Post interview that he is preparing a three-part documentary film on Reconstruction. I amnot aware of what is becoming of tht project.

*  Symbols in the South: A turning point for Confederate monuments, by Eric Andrew-Gee, The Globe and Mail, Aug 18, 2017  (And further below, see a Globe and Mail image accompanying the article. The reproduction of the image is broken into four parts for reasons of spacing.)

*  Malcom X fought against racial segregation and social injustice; is today’s U.S. living a ‘New Jim Crow’?, news and analysis, with an introduction by Roger Annis, May 23, 2017

*  Book review:  Out of sight, out of mind: The mass incarceration of Black people in the United States, book review by Adam Shatz, published in the London Review of Books, print edition of May 4, 2017. Reviewing: Locking Up Our Own: Crime and Punishment in Black America; by James Forman; Farrar, Straus and Giroux; April 2017, 306 pp. Read the review here.

Excerpt from the review:

Slave owners occupied the presidency for about three quarters of the nation’s first sixty-four years. A slave owner, John Marshall, served as the chief justice of the Supreme Court for over three decades and was succeeded by another one, Roger Taney, who headed the Court for almost as long. For much of this time, southerners had a grip on the cabinet and lower government positions as well.

The expansion of slavery was one of the South’s main goals. The immediate trigger of the Civil War was the election of Abraham Lincoln, whose aim of halting the westward spread of slavery led to the South’s secession and the outbreak of war. Matthew Karp’s illuminating book This Vast Southern Empire shows that the South was interested not only in gaining new slave territory but also in promoting slavery throughout the Western Hemisphere. Far from insular, proslavery leaders had a far-reaching awareness of the international status of human bondage, which they regarded as essential to progress and prosperity. Holding the reins of political power, slave owners largely determined American foreign policy from the 1830s through the 1850s.

My paramount object in this struggle is to save the Union, and is not either to save or to destroy slavery. If I could save the Union without freeing any slave, I would do it.–Abraham Lincoln 1862 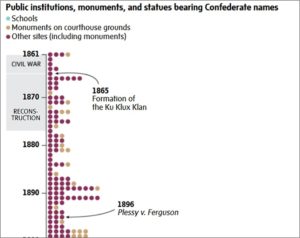 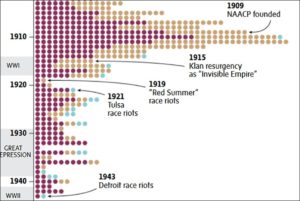 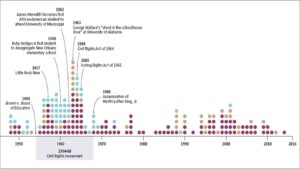