Take Back the Canadian Labour Congress with Hassan Husseini

Sign on to the new plan for the labour movement
(Read also a brief statement of the campaign, here on Rank and File.ca.) 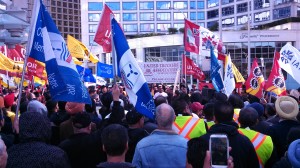 It’s time for a change. As workers and unions, we are facing a massive and unprecedented right wing attack. Labour & employment standards, collective bargaining rights, and the right of workers to organize and be politically active, are all targets of right wing governments at the federal and provincial levels.

Marginalized communities, including women, racialized people, those with disabilities, LGBT and Aboriginal Peoples continue to bear the brunt of these attacks.

We are in a fight for our survival as a force for progressive social change in Canadian society. Either we rebuild our movement, or risk becoming increasingly irrelevant. 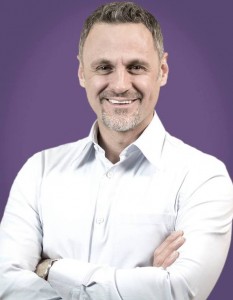 I believe in order to win we must work differently.

Our fight isn’t simply a battle for “fairness” that can be solved through clever appeals to politicians or a glitzy branding exercise. We must be willing to listen to our own members – and place their stories, their skills, and their future at the heart of our campaigns. We must empower our members to fight the battles that lie ahead.

We need leadership that is strong, transparent, democratic, and inspiring. A leadership that is not afraid to give the CLC back to the workers, because there is nothing that bosses and governments fear more than an organized, united and worker-driven labour movement.

In this spirit, please take a moment to:

1. Sign the declaration to reclaim the CLC, so that we can rebuild the labour movement together.

2. Become a delegate at the upcoming CLC convention so you can vote to take back the CLC with Hassan Husseini. To ensure that you can take part in the convention as a voting delegate, credentials must be received by April 4, 2014. If your local has already selected its delegate(s), talk with them and your local about supporting this campaign.

3. Invite Hassan to meet with your local, labour council, or community. If meeting in person is not possible, Hassan is available to phone in to upcoming meetings of your union or organization to discuss the campaign.

4. Forward this to five friends and share it on social media

We must also be honest about what we’re up against.

We are facing an aggressive form of capitalism that has put a target on the back of every unionized and non-unionized worker, and anyone else standing in the way of corporate profits. Nothing is sacred and no one’s job is safe. Our opponents will stop at nothing to strip away hard-won gains, and sacrifice them to corporate greed. Bosses and their allies at all levels of government have built a powerful political machine to make that happen.

But here’s the good news.

There’s plenty of fightback potential in our movement, and in other movements who support us. In recent years, grassroots activism has won real gains. There is much we can learn from these successful struggles such as that of the Quebec students, Idle No More, the Toronto Library workers, the Chicago teachers and others.

We need a CLC President to empower and support this kind of local activism. We need someone who helps build the local leadership it takes to challenge someone like Stephen Harper, as well as his corporate backers. We need, quite simply, a bottom-up, grassroots movement. With your help, we can start today. Hassan

In solidarity,
Hassan Husseini
Candidate for President of the CLC

P.S. Please take a moment to sign the declaration to take back the CLC and invite your friends to do the same so we can build the campaign for labour movement renewal together. And don’t forget to make sure your delegate credentials for CLC convention are received by no later than Friday, April 4, 2014.