Genocide is as genocide does 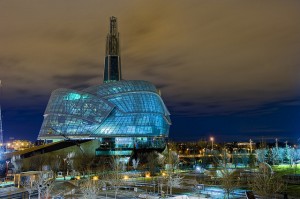 A Tribe Called Red’s principled refusal to perform at the opening of the Canadian Museum for Human Rights [1] drew more attention on CBC than the museum’s opening itself. They objected to the “museum’s misrepresentation and downplay of the genocide that was experienced by indigenous people in Canada by refusing to name it genocide.”

Buffy Sainte-Marie, prior to her concert, opined that genocide took place in the Indian residential schools: “Let’s fess up and hope it doesn’t happen again.”

Did we commit genocide in forcing aboriginal children to attend residential schools? For me, as a genocide scholar, and for many IRS survivors, the answer is yes. The UN Genocide Convention of 1948 calls the forcible transfer of children from one group to another genocide — not cultural genocide, nor “indigenocide,” but actual genocide. 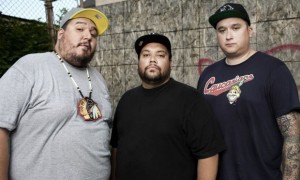 The term’s creator, Raphael Lemkin, was clear forcible transfer was biological genocide: “There is little difference between direct killings and such techniques which, like a time bomb, destroy by delayed action.” Genocide was never just about killing — groups could be destroyed in many ways.

We know that tens of thousands of IRS survivors had their lives shattered by seven generations of verbal, physical and sexual abuse. We know at least 4,100 kids died as a consequence of the system, probably many more. We know forced transfer was intentional on the part of successive governments — they wanted to destroy aboriginal peoples using the schools.

Prime Minister Stephen Harper acknowledged this in 2008 when he said that “some sought, as it was infamously said, ‘to kill the Indian in the child.’ ” We can see in the speeches and writings of John A. Macdonald, Hector Langevin and many others a desire to use the schools to forcibly cut kids off from their home communities, their languages, cultures and spirituality.

Phil Fontaine, Bernie Farber, Murray Sinclair and some two decades worth of academics have said genocide occurred in the IRS system.

When Quebec created an Armenian Genocide Memorial Day, it observed, “Quebecers have always rejected intolerance and ethnic exclusion.” When the federal government recognized the Ukrainian famine, or Holodomor, in 2008 it reflected on the worthiness of Ukrainians, and their “positive contribution to Canadian society.” Holodomor recognition in Alberta was not just being about the truth of genocide, but also about the goodness of that province: “The people of Alberta value democratic freedoms, human rights and the rule of law, honour the values of compassion and honesty and cherish the multicultural vibrancy of the province.” Saskatchewan stressed how Ukrainians “have contributed greatly to Saskatchewan’s cultural, economic, political and educational life.” In Manitoba, the Holodomor was recognized in part because “during World War II, a disproportionate number of Ukrainian Canadians registered in the Canadian Armed Forces to fight for the rights and liberties of Canadians.”

The pattern? First, genocide occurred and has been denied in other contexts, and for this reason — to uphold truth, we must commemorate and recognize. Some people — Ernst Zundel admirers, or dupes of the Turkish denialist movement — have a problem with the truth; most Canadians don’t. Second, the worthiness of the victims and their descendents is important. The descendents have demonstrably enriched the fabric of our society.

We come to the third point: Recognition allows provinces or Canada to prove their goodness and tolerance. Here’s where my problem lies — by failing to recognize genocide, provincial legislatures, Ottawa and the CMHR are tacitly denying three things: that the IRS system’s crimes and the intent behind them are genocide; that aboriginal people have made noteworthy contributions; and that Canada’s governments have perpetrated a history of genocide in the colonization of the country, which holds serious ongoing legacies.

We need to recognize all genocides, but especially those close to home. This will take time, especially for a museum constrained by legal and financial challenges, with a lot of funding from governments that have little interest in historical introspection.

I hope A Tribe Called Red’s refusal will be a teachable moment for the museum and Canadians. The CMHR purportedly has more fluid, changeable exhibits than set-piece museums of the past. I am trying to be cautiously optimistic about what the future will hold.

David MacDonald is a professor of political science at the University of Guelph. He is the author of ‘Identity Politics in the Age of Genocide’.

Notes:
[1] The Canadian Museum of Human Rights is located in the center of the city of Winnipeg, Manitoba. It opened on Sept. 19.