YURI M. ZHUKOV is an associate at Harvard University’s Weatherhead Center for International Affairs and, beginning in August 2014, an assistant professor of political science at the University of Michigan. 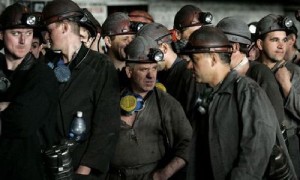 In recent days, the armed conflict in eastern Ukraine has reached a new phase. With a political mandate to use force, and with Russian troops partially pulled back from the border, Petro Poroshenko, the newly elected president, has stepped up his government’s counterinsurgency operations in the east and vowed to end the separatist movement there within “hours.” Kiev has seen some successes in the new round of hostilities, wresting several towns back under its control. But the fighting has also exposed severe weaknesses on both sides and left little hope that peace will come anytime soon.

International observers have tended to paint the conflict as an ethnic dispute, engineered and coordinated by Moscow. Yet by attributing the conflict’s causes and solutions to forces outside Ukraine, the West and Kiev risk misdiagnosing the ailment and writing the wrong prescription. Preliminary data suggest that the rebellion is more local than international, and that its domestic roots are more economic than ethnic.