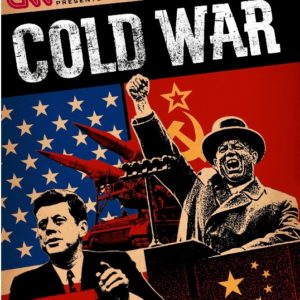 In the introduction I wrote to today’s New Cold War.org report on the April 7 missile attack against Syria, I decided to comment on the mistaken believers in ‘change-via-Trump’, that is , those who believed that somehow, the election of Donald Trump would lessen the increasingly aggressive foreign policy of United States imperialism. Trump’s war course and the ensuing disappointments by those who believed otherwise were entirely predictable and anticipated.

I also decided to point out that protest against the Syria attack will be weakened because of the past three years of left-wing confusion and disarray concerning Russia’s role in the conflicts in Ukraine-Crimea and Syria.

I believe we should view the across-the-spectrum anti-Russia confusion, and the subset of resulting political paralysis of the left, as accrued benefit by the imperialists of all their hard, propaganda work during the 40+ years of the Cold War. They succeeded in weakening and bringing down the Soviet Union, which has had grave consequences for the Soviet people and the entire world. Part of their success was also on the ideological front. They succeeded in creating a near-to uniformly negative historical appreciation of the achievements of the Russian, Chinese and other anti-capitalist revolutions of the 20th century.

The demise of the Soviet space has proven to be a disaster for the world, even if it is difficult to imagine this demise could have been prevented. Then the problem was compounded, post-1990, by the weakness, if not failure, of Marxists and other progressive thinkers to analyze why this demise took place and how it can be avoided in societies striving in the present or future for a post-capitalist path of development.

The events surrounding Ukraine during the past three years show that the imperialists continue to reap a rich ideological payoff from the Cold War. They have convinced much of liberal opinion in the world as well as not inconsequential sections of left-wing thought that it is Russia that is responsible for chaos, violence and mayhem in Ukraine. In reality, the troubles in Ukraine–economic, social and political–stem from Ukraine’s particularly crony form of post-Soviet capitalism as well as the aggressive interventions of the NATO powers, including the ‘economic association’ with(subordination to) the pro-austerity European Union.

To be clear, part of the blame for the demise of the Soviet Union and the broader ‘Soviet space’ as I call it (including China) rests squarely with the post-Lenin Soviet leaders who failed to create a societal model with a strong and positive development dynamic and vision. Cuba, by contrast, has created such a development dynamic and model, notwithstanding the daring odds of it succeeding. That is how Cuba survived the very harsh years of the 1990s following the collapse of the Soviet Union. It survived because the majority of Cuban people believe that their socialist path of development is superior to that on offer from capitalism and imperialism.

The Soviet experience can be  summed up in the phrase that Soviet leaders and parties failed to create a thorough socialist democracy with which their countries could counter the blind, all-powerful economic laws of capitalism. Socialist democracy–or, to use a like term, ‘citizen empowerment’–is, ultimately, the main bulwark and line of defense against capitalism’s destructive and all-powerful law of value and capitalism’s related imperatives of growth and expansion. (Those imperatives are shaped and propelled by the class struggle–the struggle of the working classes for a fair apportionment of the social surplus.)

Here is a relevant excerpt from the book Che Guvevara: Economic and Politics in the Transition to Socialism, by Cuban economist Carlos Tablada, published in 1987, p 124:

For Marx, the law of value explains how the general equilibrium of capitalism comes about. What Marx called the law of value is simply the theoretical explanation of how an equilibrium is established in capitalist society among various economic forces: the amount of commodities produced, the extent to which they are exchanged, how labour power is apportioned among different sectors of the economy, and the allotment of resources among these sectors. Understood in this way, the aim of Marx’s theory of value becomes clear. The concept enables us to grasp the structures of the capitalist system, as well its internal working, which–as demonstrated throughout the first chapter of Capital–are otherwise concealed from our eyes.

Tablada then quotes Che Guevara. Che served as Cuba’s minister of industries, minister of finance and president of the national bank before making his famous departure from Cuba in 1965 in order to further the cause of socialism and anti-imperialism in the world:

In our view, communism is a phenomenon of consciousness and not solely a phenomenon of production. We cannot arrive at communism through the simple mechanical accumulation of quantities of goods made available to the people. By doing that, we would get somewhere, to be sure, to some peculiar form of socialism. But what Marx defined as communism–what is aspired to, in general, as communism–cannot be attained if [humans are] not conscious. That is, if [they] do not have a new consciousness toward society.

I hope to explore in forthcoming commentaries my view of why Maxism suffered serious decline over the course of the 20th century and what may be done to reverse that in a world crying out for renewed ideas and theory that can guide human civilization towards a society of social justice, ecological harmony and freedom from the scourges of war and militarism.