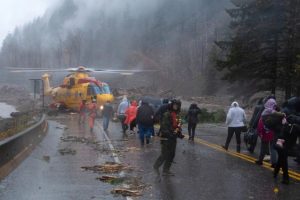 Essay by Andrew Nikiforuk, columnist and contributing editor, The Tyee, Nov 25, 2021  Seven rules to guide our best chance of withstanding furies of climate change
Last week, Mother Nature taught British Columbia another ugly lesson about the consequences of blah, blah, blah on climate change, unchecked energy use and globalization. But denial is our society’s most politically powerful drug after fentanyl and Netflix…

Inroductory note by A Socialist In Canada:

Andrew Nikiforuk is an award-winning journalist and author of many books on epidemics, the energy industry, nature and the global warming emergency. This latest essay by him, published in The Tyee online publication based in Vancouver BC, is another of his essays in recent years arguing in favour of shrinking the bloated, destructive ‘economy’ of globalized capitalism and “beating a sustainable retreat”. You can read more about his books here on Writer’s Trust of Canada

*  Here is another of his latest essays:
Tech won’t save us from global warming. Shrinking consumption will, by Andrew Nikiforuk, The Tyee, Nov 3, 2021  Beyond the ‘blah blah blah’ of climate summits lies the real solution our leaders refuse to acknowledge. Part one of a two-part article.  …Let’s examine four heavily hyped technologies upon which the have-it-all crowd rest their dreams: carbon capture, utilization and storage; direct air capture; dematerialization; and hydrogen power. (We’ll leave electric vehicles for another day.)… 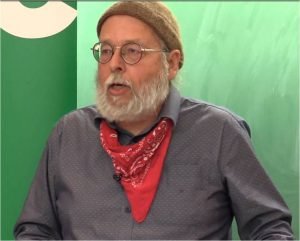 *  Here is a weblink to a talk by Andrew Nikiforuk on November 17, 2021 at the University of Victoria. It was his first public talk in two years. The talk begins at the 6′ mark, is 60 minutes long, and is followed by a very brief Q & A.