‘Everything must go’ is the headline of the latest column by the UK Guardian newspaper’s liberal columnist George Monbiot. It’s a stark statement that should henceforth be the theme of all serious discussion of the global warming emergency. All the waste, excess and plunder of the capitalist economic order ‘must go’. To be replaced by a planned, social economy in which humans live in harmony with the planet’s finite resources and in harmony with the species with which we co-habit. 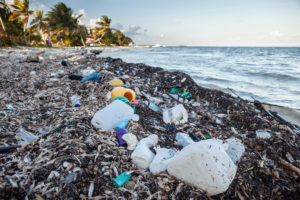 The sub-headline and theme of Monbiot’s commentary reads, ‘Economic growth will destroy everything. There’s no way of greening it – we need a new system.’ He writes further:

… Green consumerism, material decoupling, sustainable growth: all are illusions, designed to justify an economic model that is driving us to catastrophe. The current system, based on private luxury and public squalor, will immiserate us all: under this model, luxury and deprivation are one beast with two heads.

We need a different system, rooted not in economic abstractions but in physical realities, that establish the parameters by which we judge its health. We need to build a world in which growth is unnecessary, a world of private sufficiency and public luxury. And we must do it before catastrophe forces our hand. (Read Everything must go, here on George Monbiot’s website.)

Monbiot’s words stand in contrast to those of many radical environmentalists–from Naomi Klein to ecosocialists–who shy away from describing capitalism’s endless growth and expansion imperative and the consequences which flow, including grotesque waste, war and militarism, and the renewed danger of nuclear war. His words should serve as motivation for radicals to review and renew their message. With important exceptions (see related readings below), many radical environmentalists pander to the idea that ‘sustainable’ alternatives to the current world economic order can be achieved without radical retrenchment (degrowth) from all the waste and excess of capitalism–the terrible production and consumption cycle in which physical goods are produced, used up and then tossed away in growing piles of trash in the world’s waters and waste dumps.

The world order itself is described in vague terms by many radical environmentalists. ‘Capitalism’ is replaced by more palatable terms, including the nearly meaningless ‘neoliberalism’. The deadly consequences of globalized capitalism–war and militarism, growing social inequities, and plundering of the Earth’s finite resources–are rarely if ever spelled out in a holistic overview.

One of ecosocialism’s latest published works is the 2017 book Creating an Ecological Society: Toward A Revolutionary Transformation, by Fred Magdoff and Chris Williams (Monthly Review Press). The book contains much valuable insight, but it skirts central issues as highlighted above.

Commendably, the book authors devote six pages of analysis (pages 147-153) to the rise of war and militarism in the 20th century. But the role of imperialist war and militarism in destroying sound ecological policies is understated–not least how war and militarism politically disempowers people and countries. There is not a mention of the danger of nuclear war (page 111 refers to the renewed nuclear arms race begun by the President Obama administration). The three main flashpoints of imperialism’s war drive in today’s world are not mentioned–Syria and the Middle East, Ukraine and eastern Europe, and the Korean peninsula. This is likely related to the fact that the ‘new cold war’ drive by the imperialist countries of the world against Russia and, increasingly, against China, is written off by the authors as “jockeying for geopolitical advantage” amongst them all.

I have written previously as to why the environmental movement in the Western countries, including its Marxist and anarchist components, is largely failing to include in its political analysis and programs the need to fight imperialist war and militarism. Much of the movement is disoriented by anti-Slav ‘Orientalism’ (Edward Said’s term summarizing Western imperialist attitudes and polices towards the peoples of the Middle East). (See: Russophobia and the logic of imperialism, by Ava Lipatti, June 8, 2017.)

There is irony in the fact that George Monbiot would be a clarion caller against the global warming emergency. That’s because Monbiot fails to identify the source of the calamity he describes, which is the capitalist economic system and its inherent expansion dynamic. He is a liberal. He speaks, instead, in vague terms of a “current system, based on private luxury and public squalor”. He cannot bring himself to utter the word ‘capitalism’, still less to ponder the idea of supplanting capitalism with a planned, socialist system for producing society’s needs.

It so happens that Monbiot is a leading voice on the moderate left of the new cold war against Russia and the war drive of imperialism in the Middle East. (See: Monbiot still burying his head in sands of Syria, by Jonathan Cook, Nov 21, 2017.

All the above notwithstanding, if it is to succeed, the fight against global warming must bring together the broadest and most diverse political and economic coalition that history has ever known. That coalition is tasked with confronting and undoing the three scourges facing humanity which threaten our very future: war and militarism, runaway global warming, and rising social inequities. This is a tall order, indeed, for the diverse array of environmental forces. They are divided by political outlook and even by social class. But the broadest unity must be achieved if the world is to mitigate the consequences of global warming for the world’s poorest people and salvage the very existence of human civilization.

Furthermore, we don’t have the luxury of despair in the face of the steady march of rising greenhouse gas emmissions and their feedback loops. There are tens and hundreds of millions of human lives and communities to be rescued from rising ocean levels and acidification, increasingly violent weather events and forced changes to the food growing patterns of the past.

The emergency responses which the global warming emergency presents before humankind are not only a moral imperative, they are the very path to a new world of social justice and ecological balance.