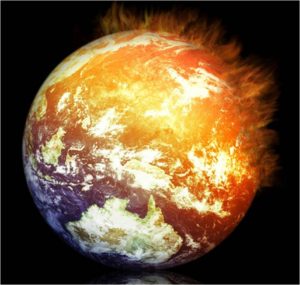 What we are seeing right now is the collapse of civic authority and public trust at what is only the beginning of a protracted crisis. In the face of an onrushing pandemic, the United States has exhibited a near-total evacuation of responsibility and political leadership — a sociopathic disinterest in performing the basic function of government, which is to protect its citizens.

Things will get worse from here. According to a survey of epidemiologists released yesterday, the coronavirus outbreak probably won’t peak before May. That doesn’t mean it will be over by May, of course, but that it will be getting worse and worse and worse over the next two months, and for much of that time, presumably, exponentially worse. And so the suspension of the NBA season and Tom Hanks and Rita Wilson’s announcement that they are sick with COVID-19 will seem, in relatively short order, like quite small potatoes. And for all of that time, the country’s response will be commanded and controlled by Donald Trump…

Read the entire essay at the original weblink above.

Continued, extensive reporting on the COVID-19 coronavirus pandemic can be found on the ‘World news’ page of A Socialist In Canada website.

Background: The uninhabitable Earth: What climate change could wreak, sooner than you think. By David Wallace-Wells, published in New York Magazine, July 10, 2017, re-published here on A Socialist In Canada, July 21, 2017 with an introduction by Roger Annis

Introduction by Roger Annis:
The following essay from New York Magazine presents a stark view of humanity’s future. The author says a two degree average global temperature rise will be bad enough, but the global capitalist economy is on course to blow past that foolhardy and catastrophic limit.

The essay has sparked much debate among environmentalists over the wisdom of presenting worst-case scenarios in the public debate over the global warming emergency. Isn’t it better, some ask, to soft-pedal a description of what is coming and quietly present ‘positive’ steps that people can take to mitigate rising greenhouse gas emmissions and global warming? Two contributions to that debate are enclosed further below. The writer of one of those argues, “It’s the job of those of us trying to protect humanity and restore a safe climate to tell the truth about the climate crisis and help people process and channel their own feelings — not to preemptively try to manage and constrain those feelings.”

If author David Wallace-Wells’ presentation of the facts of global warming is accurate, then it is clear that much of the mainstream environmental movement is failing to advance what human society needs to do in the face of all the greed, excess and waste inherent to the global capitalist system. Climate disaster cannot be averted by transitioning from a fossil fuel-soaked consumer society to a ‘renewable energy’ consumer society. Electric automobiles will not mitigage the crisis; they are fast becoming another obstacle to its resolution. Capitalism is a system driven by an incessant drive to growth and expansion. Nothing less than a large retraction (retrenchment) of all the waste and excess is required in order to mitigate the large-scale disruption and humanitarian emergency which is already upon us due to rising temperatures. (See From growth to degrowth: A brief history, by Geneviève Azam, published in Local Futures blog page, May 11, 2017.)

Even the ecosocialist (eco-utopian) wing of the environmental movement hesitates to draw seemingly evident conclusions of the need for retraction. Without doubt, the only salvation for humanity is to make fundamental economic change. Humanity needs a planned economy devoted to social justice in which ownership of the basic means of producing social wealth are owned in common. But how can we get there? Which social classes will lead such revolutionary change? What are the class and national alliances required? What forms of transitional government along the road of change are possible and necessary? Instead of answers to such questions, eco-utopians offer phrases such as ‘socialism’, ‘revolution’ and ‘system change’. (See, for example, John Bellamy Foster’s February 2017 essay ‘Trump and climate catastrophe‘.)

Point number six in the following essay is sub-titled ‘Perpetual war’. It is a weak point of the essay. As with the environmental movement as a whole, little account taken of the destructive and debilitating effects of imperialist war and militarism in this era of global warming emergency. War and militarism cause immense waste in their own right. More importantly, they are deeply politically disempowering, an immense distraction from the pressing need to meet the climate change challenge head on.

Feature essays by Roger Annis on the global warming emergency and the imperative of degrowth are listed here on the website of A Socialist In Canada. The essays were written between 2013 and 2018.