January 2022  This is a newsroll page on A Socialist In Canada consisting of headlines with weblinks to published news articles and political analysis. Read more about this news page here: Ecology news headline page.

Ecology newsroll headlines on A Socialist In Canada, January 2022

Four experts from careers in the nuclear industry say nuclear energy as climate solution is ‘fiction’, Common Dreams, Jan 25, 2022  …The statement comes as a direct challenge to a nuclear industry trying to bill itself as a reliable part of the world’s transition to a more sustainable energy system… “The reality is nuclear is neither clean, safe, or smart; but a very complex technology with the potential to cause significant harm.”… 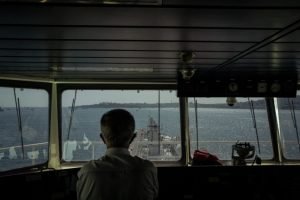 A devil’s current, a hairpin turn: Aboard a tanker in the risky Bosporus Strait that passes through the heart of Istanbul, population 15.5 million, Washington Post, Jan 12, 2022  read the article here in pdf format: Tankers in the Bosporus Strait  [This article sheds light on one of the rarely discussed consequences of globalized hyper-capitalism, namely, the danger to narrow waterways and the people who live along them by the massive, global shipping industry that keeps hyper-capitalism operating.]

The past seven years have been the hottest in recorded history, new data shows, Washington Post, Jan 13, 2022  …In 2021, global temperatures were between 1.1 and 1.2 degrees Celsius (2.2 degrees Fahrenheit) above the preindustrial average, according to new data from NASA, the National Oceanic and Atmospheric Administration, and Berkeley Earth. The year 2021 was roughly tied for sixth-hottest ever observed, scientists say. All of the seven hottest years on record have happened in the last seven years…
Related:  NOAA, NASA name 2021 sixth-hottest year on record, Yale Climate Connections, Jan 13, 2022  Each of the the past eight years — 2014 through 2021 — is among the eight warmest years on record for the globe.

Oceans break heat record for third year in a row, Scientific American, Jan 12, 2022  The year 2021 broke the record from 2020 by about 14 zettajoules, or 20 times the world’s annual energy consumption
Related:  The oceans are overheating, by Robert Hunziker, CounterPunch, Jan 14, 2022 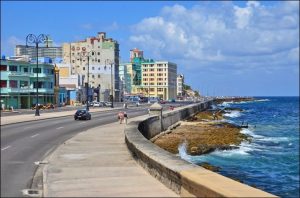 
Cuba shows how to take action on climate change, by Helen Yaffe, Jacobin, Jan 10, 2022
Cuba, a small island besieged by the United States, is taking concrete measures to reorient its economy in the fight against climate change. It’s an example that the whole world should take seriously.
Related:  Cuba shows an alternative to Big Pharma hegemony through global solidarity, by Richa Chintan, Newsclick (India), Jan 8, 2022  (and re-published in People’s Dispatch, Jan 10, 2022)
Cuba puts people before profits – showing the world an alternative to the monopolistic practices of Big Pharma. It promotes a public health system, state-funded research and shows global solidarity through tech transfer and vaccine delivery to developing countries. 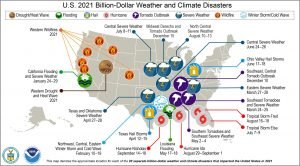 The U.S. has sustained 310 weather and climate disasters since 1980 where overall damages/costs reached or exceeded $1 billion (including CPI adjustment to 2021). The total cost of these 310 events exceeds $2.155 trillion. In 2021, there were 20 weather/climate disaster events with losses exceeding $1 billion each to affect the United States. 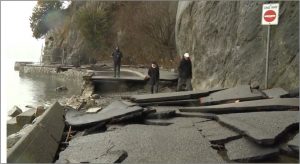 Damage along Stanley Park Seawall in Vancouver due to Jan 7, 2022 storm (Global News)

Vancouver’s oceanside walkways torn apart in places by winter storm on January 7, by Roger Annis, A Socialist In Canada, Jan 10, 2022

U.S. emissions surged in 2021: Six charts show why, by Ariel Gans, Inside Climate News, Jan 10, 2022 Powered by transportaton and coal, carbon dioxide emissions in the U.S. are headed back to pre-pandemic highs after years of small but steady declines.

A critique of degrowth, by David Schwartzman, published in Climate and Capitalism, Jan 5, 2022

[The Climate and Capitalism website has published this new and largely incoherent attack (above) against the ‘degrowth’ strategy for combatting global warming. Among several outlandish claims in the article is this one: “Leading degrowthers advocate a global reduction in energy consumption, which is a prescription for mass death for most of humanity…” The article dismisses the idea that Cuba’s health care system is superior to that of the U.S. And here is the writer’s concluding paragraph: “An ecosocialist [Global Green New Deal] has the potential of facilitating a path to electrified solar communism in the 21st century, the Solarcommunicene. Foster and Clark [two leading writers and editors at Monthly Review] have named the post-Capitalinian (world dominated by capital reproduction) age the Communian.”

[A small but growing number of writers and theoreticians are wrestling with key strategic questions in the fight to combat the global warming emergency. These include Don Fitz (U.S.), Jason Hickel (UK) and Giorgis Kallis (Spain). They are wrestling with such questions as:
*  Can the capitalist order be modified to meet the ecological challenge, for example through vast increases in the production of non-fossil fueled energy and a switchover in transportation to ‘green’ modes of transport such as electrics vehicles?
* What are the transitional, incremental measures needed to commence a sweeping reduction in all the productivist expansionism inherent to the capitalist economic order?
* What are the new and novel forms of class alliances and governments needed to carry out sweeping societal changes needed in order to radically reduce greenhouse gas emissions?

Sadly, these vital questions and many more like them continue to be largely ignored in the pages of Climate and Capitalism and its allied sponsor, Monthly Review. Instead, we are offered bizarre puzzles such as the ‘Solarcommunicene’ and the ‘Capitalinian’ as the path to the future.

More than 40 percent of Americans live in counties hit by climate disasters in 2021, Washington Post, Jan 5, 2022   More than four in ten Americans live in a county that was struck by climate-related extreme weather last year, according to a new Washington Post analysis of federal disaster declarations, and more than 80 percent experienced a heat wave… At least 656 people died amid the onslaught of disasters, while the cost of the destruction tops $104 billion, according to the National Oceanic and Atmospheric Administration, even before officials calculate the final toll of wildfires, drought and heat waves in the West… 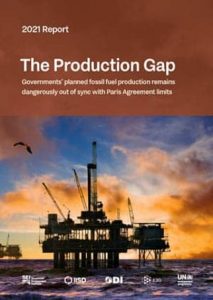 The 2021 Production Gap Report, by leading research institutes and the UN Environment Programme (UNEP), finds that despite increased climate ambitions and net-zero commitments, governments still plan to produce more than double the amount of fossil fuels in 2030 than what would be consistent with limiting global warming to 1.5°C. Find the executive summary and full report (104 pages) at the weblink above.
Previously reported:  report in Common Dreams, Oct 20, 2021


Logging in Pacific coastal watersheds are among stressors for flooding disasters and declining salmon populations, experts say, The Canadian Press, Jan 3, 2022  The compounding effects of climate change and logging are contributing to the degradation of Pacific salmon habitat, experts say, adding a reassessment of watershed logging and restoration practices will be key to helping struggling fish populations… 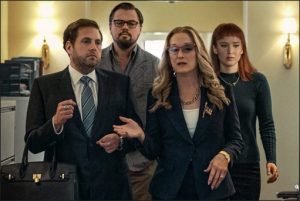