Ecology newsroll archive on A Socialist In Canada, May and June 2020

This is an archived newsroll page on A Socialist In Canada, consisting of headlines and weblinks, with occasional news summary and brief analysis, for the months indicated. For the current, ‘Ecology newsroll’ website page, go here.

Ecology newsroll headlines on A Socialist In Canada, June 2020

Affluence is killing the planet, warn scientists in Australia, Britain, Germany, by Thomas Wiedmann, Julia K. Steinberger and Manfred Lenzen, published in The Conversation, June 24, 2020 Affluence trashes our planetary life support systems. What’s more, it also obstructs the necessary transformation towards sustainability by driving power relations and consumption norms. To put it bluntly: the rich do more harm than good. This is what we found in a new study for the journal Nature Communications. Together with co-author Lorenz Keyßer from ETH Zürich, we reviewed recent scientific literature on the links between affluence and environmental impacts, on the systemic mechanisms leading to overconsumption and on possible solutions to the problem. The article is one of a series of Scientists’ Warnings to Humanity…
Related: The affluent are consuming the planet to death: study, by Matthew Rozsa, Salon.com, June 23, 2020 A new study published this month in the academic journal Nature Communications argues that, despite all of the talk about using green technology to address man-made environmental problems, the only way for human consumption to become sustainable is if we rein in the affluent…

Fivefold growth of forest fires during the past week in Siberia as Arctic heat wave continues, Common Dreams, June 27, 2020
Related:
* What the 100-degree day in Siberia on June 20 really means, by Alejandra Borunda, National Geographic, June 23, 2020 An extended heat wave that has been baking the Russian Arctic for months drove the temperature in Verkhoyansk, Russia—north of the Arctic Circle—to 100.4°F on June 20, the official first day of summer in the Northern Hemisphere. This record high temperature is a signal of a rapidly and continually warming planet, and a preview of how Arctic warming will continue in an increasingly hot future, scientists say…
* Arctic records its hottest temperature ever, CBS News, June 23, 2020 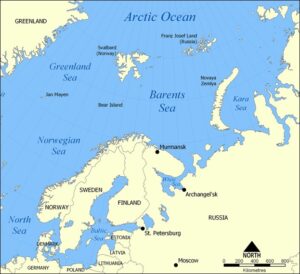 Greta Thunberg has hope to slow global warming despite leaders’ inaction, Associated Press, June 20, 2020 Thunberg delivered a 75-minute message broadcast on the ‘Summer on P1’ program on Swedish public radio on June 20. …”The coronavirus tragedy, of course, has no long-term positive effects on the climate, apart from one thing: the insight into how you should perceive and treat an emergency. During the coronavirus crisis, we suddenly act with necessary force.”…
Related: Greta Thunberg speaks to the UN General Assembly on Sept 23, 2019, five-minute broadcast

How worst-case scenario coronavirus modelling saved Australia from catastrophe, by Melissa Davey, The Guardian, June 21, 2020 …In March and April, there was still a lot that we didn’t know about Covid-19. Critically, we did not know how successful the public health strategy would be. Control efforts have thankfully proven extremely successful in Australia and the catastrophe that is unfolding in the U.S. and UK has so far been avoided…

‘The dialectic of growth’: Ernest Mandel on Marxism and ecology, originally published in 1972, re-published in International Institute for Research and Education (Belgium), June 16, 2020 (Ernest Mandel was a lifetime Marxist economist and author of many books on the subject. He began his long life as a political activist as a fighter in the resistance to Nazi Germany’s occupation of Belgium during World War Two. Born to Jewish parents in Poland, he survived imprisonment in the Mittelbau-Dora Nazi concentration camp in Germany. Ernest Mandel, Wikipedia.)

Indigenous leaders outraged as Trans Mountain Pipeline spills 190,000 liters of crude oil in Fraser River watershed near border with Washington state, Common Dreams, June 15, 2020 Indigenous leaders are demanding that the Canadian government immediately halt the ongoing expansion of the Trans Mountain pipeline after the leakage of an estimated 50,000 gallons of crude oil at a pump station in British Columbia on June 13 [According to CBC News, this is the 4th crude oil spill in 15 years by the Trans Mountain Pipeline onto the lands of the Sumas First Nation. The pipeline was bought by the Canadian gov’t in May 2018 in order to press forward with a big expansion of its Alberta tar sands carrying capacity, destined for the Port of Vancouver and to processors in northern Washington state.]

Blind economic ‘growth’ must end in the post-pandemic world if we are to solve the ecological crisis, by Joe Herbert and Riccardo Mastini, Common Dreams, June 8, 2020
Related:
* Returning to normal in the world capitalist economy?, by Michael Roberts, June 5, 2020
* Fewer hours, less pay and more anxiety greet returning workers across the U.S., Washington Post, June 7, 2020

Save the insects, save the farmers, save ourselves: New global report calls for end of industrial agriculture, Common Dreams, June 9, 2020 ‘The evidence is clear: pesticide use is wiping out insect populations and ecosystems around the world, and threatening food production.
* Global insect collapse driven by industrial farming, says new Insect Atlas, press release by Friends of the Earth Europe, June 9, 2020 …Friends of the Earth Europe and Heinrich-Böll-Stiftung are calling for a new law in Europe to cut pesticide use by 80% by 2030, as well as other measures to prepare the way towards fairer and greener food systems… 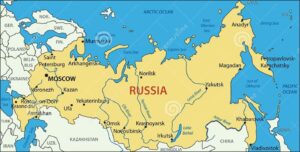 Rise of carbon dioxide is unabated, report by Scripps Institution of Oceanography, June 4, 2020 Atmospheric carbon dioxide measured at Mauna Loa Observatory in Hawaii reached a monthly peak exceeding 417 parts per million (ppm) in May 2020, the highest monthly total ever recorded, scientists from Scripps Institution of Oceanography at the University of California San Diego and NOAA announced today… Monthly CO2 values at Mauna Loa first breached the 400 ppm threshold in 2014, and are now at levels not experienced by the atmosphere in several million years…

New study finds the extinction crisis is accelerating, HuffPost U.S., June 1, 2020
Related: Vertebrates on the brink as indicators of biological annihilation and the sixth mass extinction, by Gerardo Ceballos, Paul R. Ehrlich and Peter H. Raven, first published June 1, 2020 by the Proceedings of the National Academy of Sciences (U.S.)

Ecology newsroll headlines on A Socialist In Canada, May 2020

Why is the U.S. central banking system spending so much money to support the dying fossil fuel industry?, op-ed commentary in New York Times, May 28, 2020

Praising emissions reductions due to coronavirus plays into right-wing strategy, by Sharon Zhang, in Truthout.org, May 25, 2020

The sickness in our food supply, by Michael Pollan, New York Review of Books, May 12, 2020 (Appearing in the print issue of June 11, 2020. Michael Pollan is the author of several books about food and agriculture, including The Omnivore’s Dilemma and In Defense of Food. His most recent book is How to Change Your Mind. He teaches writing at Harvard and UC Berkeley, where he is the John S. and James L. Knight Professor of Journalism.) Read the essay here in pdf format: The sickness in our food supply

Limit growth: Liberate degrowth, by Anitra Nelsom and Vincent Liegey, published in Open Democracy , May 18, 2020 (Anitra Nelson is an activist-scholar affiliated with the Melbourne Sustainable Society Institute at the University of Melbourne. Vincent Liegey is an engineer, interdisciplinary researcher and spokesperson for the degrowth movement in France. They are co-authors of Exploring Degrowth: A Critical Guide, Pluto Press, Aug 2020.)

A devastating U.S. ‘dust bowl’ is twice as likely now than during The Great Depression, Agence France presse, May 18, 2020

The strongest, most dangerous hurricanes are now far more likely because of climate change, study shows, Washington Post, May 18, 2020 A new study provides observational evidence that the odds of major hurricanes around the world — Category 3, 4 and 5 storms — are increasing because of human-caused global warming. The implications of this finding, published on May 18 in the Proceedings of the National Academy of Sciences, are far-reaching for coastal residents, insurers and policymakers, as the most intense hurricanes cause the most damage. The study, by a group of researchers at the National Oceanic and Atmospheric Administration and the University of Wisconsin at Madison, builds on previous research that found a trend, though not a statistically robust one, toward stronger tropical cyclones…

America’s killer lawns, New York Times, May 17, 2020 U.S. homeowners use up ten times more pesticide per acre than farmers do …The global insect die-off is so precipitous that if the trend continues there will be no insects left a hundred years from now. That’s a problem for more than the bugs themselves: Insects are responsible for pollinating roughly 75 percent of all flowering plants, including one-third of the human world’s food supply. They form the basis of much of the animal world’s food supply, as well. When we poison the bugs and the weeds, we are also poisoning the turtles and tree frogs, the bats and screech owls, the songbirds and skinks…

Covid-19 grounds Boeing 747 and Airbus 380 jumbo jet passenger travel, likely for good. Report in Toronto Star, May 15, 2020 [Since the launch of the Boeing 747 in the early 1970’s, air passenger travel has grown by more than ten times, becoming a major contributor to global warming. Today, it amounts to app. 2.5 per cent of global greenhouse gas emissions and continues to rapidly rise. Covid-19 concerns will likely permanently ground the two largest of air passenger jets.]

The wet-bulb, high-temperature peril has arrived way too early, by Robert Hunziker, published in CounterPunch, May 12, 2020

‘Planet of the Humans’ spears the sacred beliefs of liberal environmentalists, film review by Pete Dolack, published on his website Systemic Disorder, May 6, 2020 [This new review by writer Pete Dolack of the documentary film ‘Planet of the Humans’ reports the open letter initiated by filmmaker Josh Fox calling for the film’s makers to “retract” the film. That’s not a call for a “ban”, as some reports are interpreting. But it is unclear what ‘retract’ means. Is it a demand that the makers of the film admit the film contains serious factual and scientific errors? Or is it that they ‘withdraw’ the film from circulation? The signators of the open letter, who include Naomi Klein, are not neophytes, so one can safely assume that the vague term ‘retract’ was deliberately chosen. As A Socialist In Canada has previously reported, the liberal environmentalists who are attacking the film, including those who signed the open letter demanding a ‘retraction’, say not a word about the central message of the film, which is that capitalist industry cannot continue to pillage the planet’s natural resources without causing ever-more damage to the planet’s ecology and threatening human civilization itself.].
Related: What the film ‘Planet of the Humans’ gets right and what the environmentalists condemning the film get wrong, by Paul Fenn, founder of Local Power website, Apr 28, 2020

Fifty years from now, many densely populated parts of the world could be too hot for humans, by Bob Berwyn, Inside Climate News, May 4, 2020

The global appetite for sand is fuelling global warming and a crisis of supply, by Melissa Marschke, University of Ottawa, published in The Conversation, May 3, 2020