By Timothée Parrique and Giorgos Kallis, first published in Brave New Europe, Feb 9, 2021  (with an introduction by Roger Annis, further below) 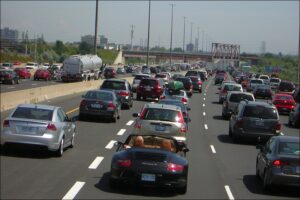 People appear to understand the abstract concept of “limitless”, but it is more difficult to understand that the concept cannot and should not be applied to growth. Even socialists must shake off the idea that quantity can improve, when only quality counts.

(Giorgos Kallis is an environmental scientist working on ecological economics, political ecology, and water policy. He teaches political ecology and ecological economics at the Autonomous University of Barcelona and recently co-edited the book The Case for Degrowth. Timothée Parrique holds a PhD in economics from the Centre d’Études et de Recherches sur le Développement, University of Clermont Auvergne, France, and the Stockholm Resilience Centre at Stockholm University, Sweden.)

Notable (eco)socialists have recently criticized the idea of degrowth. Here we want to argue that such criticism is misplaced. Growth is a problem over and above capitalism. A sustainable eco-socialism should reject any association with the ideology and terminology of growth. 21st century socialists should start thinking how we can plan for societies that prosper without growth. Like it not, growth is bound to come to an end, the question is how; and whether this will happen soon or too late to avert planetary disasters…  (Go to the weblink above to read the entire article.)

Introductory comment by Roger Annis,
editor and publisher of A Socialist In Canada:

Feb 12, 2021, updated on Feb 14 — This concise article by degrowth advocates Timothée Parrique and Giorgos Kallis is a very important addition to environmental writing. The article addresses the most pressing subject today for left-wing ecologists and environmentalists to reach agreement, namely, understand the imperative of degrowth and the consequences that derive for working class political strategy. As the writers argue, “If socialism means the end of exploitation, it also means the end of endless accumulation. Again: this is ‘socialism without growth’.”

This simple and basic maxim by Parrique and Kallis is founded in a materialist analysis of the working of the capitalist production and re-production cycle. But sadly, this is lost at the present time to most left-wing environmental thinkers and advocates. It is lost, in particular, to the ‘ecosocialist’ school of thought. This school has failed to grasp the scale and destructive implications of the growth imperative of globalized capitalism. Many ecosocialists go so far as to misrepresent and polemicize against the relatively small numbers of degrowth advocates who, as the two writers demonstrate, do indeed have a deep understanding of the dire ecological challenges facing human society.

Ecosocialists typically propose utopian, abstract phrases in place of a political strategy founded in the realities of the present-day world. Their phrases such as ‘socialism’, ‘revolution’, ‘socialist revolution’ are merely aspirational; they do not constitute a political strategy for the working classes of the world in the face of the global warming emergency. For one, ‘socialist revolution’ is simply not on the agenda in the vast majority of the world. Only a handful of countries–Cuba, Venezuela, Bolivia, arguably China and North Korea–are anywhere near to making qualitative leaps to a new, higher form of civilization in the form of socialism. The vast majority of the world is, instead, trapped in the destructive cycles of capitalism. For another, in place of ‘revolution’, the world’s population faces the immediate challenge of undertaking step-by-step, transitional, political and economic measures that can alleviate the worst ravages of capitalism in its globalized, imperialist stage. It is in that context where the fight for longer-term solutions will take place.

In a transitional stage, the all-important challenge faced by forward-looking activists is the creation of broad class alliances that can agree on transitional measures, including on how the all-important governmental power may be won and exercised. Transitional measures can strengthen and reinforce one another, and thereby open new pathways for societal progress. The ultimate goal is the creation of societies founded on social justice and ecological calance, in other words, socialism. Revolution and the class struggle remain the ‘driving force of history’ (Marx), but this process will be lengthy and punctuated with many and varied transitional forms of governmental power.

Such a transitional pathway stands in sharp contrast to the present-day world, where all the talk of ‘net zero emissions’, ‘renewable energies’, ‘green transportation’—that is, ‘green capitalist’ measures–only serve to mask the ugly reality that the world is losing the race to prevent ecological disaster. The SARS-CoV-2 pandemic is intensifying and worsening this crisis.

The inability of ecosocialists and other left-wing environmentalists to understand the imperative of degrowth is matched by another key failing–that of understanding the dire threat of rising imperialist militarism and war. It is quite simply impossible for the world’s environmental emergency to be properly addressed if threats of war are not ended and military expenditures are are abolished. Here, too, broad political and social alliances are needed that cross political and class lines and advocate the primacy of peace as a condition for tackling the global warming emergency.

Of particular urgency today is the need to oppose the military threats and economic sanctions that the imperialist cabal of countries are waging against the peoples of Russia, China and Korea. The peoples of Russia and China, in particular, are essential participants in the worldwide movement to ‘draw down’ (degrow) from all the waste, excess and destruction of the global capitalist system. But their participation is difficult if not impossible to achieve if they are left dangling on their own to defend themselves against the worst predations of imperialism.

Broad, international movements of solidarity are needed in today’s world to end the triple threat facing humanity—global warming, rising militarism and war, and rising social and national inequities. ‘Anti-imperialist unity’ should once again be a watchword for the progressive forces of the world, as it was at the key historical moments following the two world wars and during the American War against the people of Vietnam.

Ecosocialism is the horizon, degrowth is the way, book review and interview with Jason Hickel, sociologist and degrowth advocate at the University of London, review and interview published in The Trouble, Feb 11, 2021  (Jason Hickel is an economics anthropologist at the University of London and a leading researcher and writer in the degrowth school of environmental politics. He is the author of the 2020 book Less Is More: How Degrowth Will Save the World. Read a review of the book here in the LA Review of Books.)  ‘…What I like about degrowth is that it offers a critique of capitalism that makes sense to people who are not already anti-capitalist. It gets to the nub of what capitalism is really about. Most people assume capitalism is about markets and trade; and what could possibly be wrong with that? But markets and trade were around for thousands of years prior to capitalism; what makes capitalism distinctive is that it is organized around, and dependent on, perpetual expansion for the sake of elite accumulation… There is a tendency within ecosocialism that assumes growth can and should continue, with the goal of achieving some kind of automated, millionaire-style luxury for all, while hoping that state policy and publicly-funded technological innovations will make this vision compatible with ecology. In other words, a kind of left-wing ecomodernism. Degrowth rejects this approach on the grounds that it is ecologically illiterate…’

Star Trek and degrowth: A response to Yanis Varoufakis, by Timothée Parrique, published on his website, Jan 3, 2021.  And see:  Books, articles and polemics on degrowth, written and compiled here on the website of  Timothée Parrique.