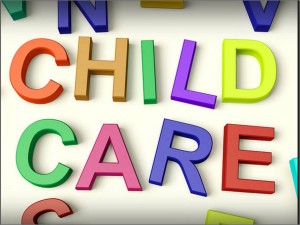 The following column appears in the Toronto Star and describes the failure of successive national governments in Canada to legislate a national child care program. Demands for such a national program have long been made by child care advocates, including trade unions and other women’s rights advocates.

A similar failure in social policy could be described with respect to improvements to Canada Pension Plan (CPP) benefits, another long-standing demand by social rights advocates. Of note with respect to the CPP is the degree to which a potential, mass social movement for benefit improvements has been weakened and demobilized over the years by government strategy of drawing pension advocates, particularly the trade unions, into behind-closed-doors talks that ultimately achieve nothing.

During the 2014 Ontario election, the Liberal Party victor  led by Premier Kathleen Wynne announced that it would legislate a provincial pension plan intended to supplement the CPP. The Liberals said they were frustrated by the failure to make CPP improvements and would ‘go it alone’. The Ontario Retirement Pension Plan (ORPP) aims to provide supplementary pensions for workers at workplaces where there is no company pension plan. Approximately three million workers and their employers would pay into the plan.

On February 16, the Ontario government announced it will postpone by one year, to January 2018, the commencement of contribution payments into the ORPP by large enterprises of 500 or more employees. The schedule of contribution commencements for smaller firms is unchanged–companies with 50 to 499 employees commence in 2018 and companies with fewer than 50 employees begin in 2019.

Postscript: Prime Minister Justin Trudeau announced in New York on March 17, 2016 that his government will nix the measure by the Harper government which extended from age 65 to 67 eligibility for Canada’s Old Age Security pension supplement. The cut was to take effect as of the year 2023. OAS pays app. $510 monthly to every resident of Canada with legal status aged 65 years and older.

Public sector unions, however, are saying that bargaining in proceeding poorly with the new federal government for collective agreement renewals. The unions say that on key issues, such as cuts to sick leave benefits for federal employees, the new government policy is little different from the old.

In Justin Trudeau, Canadians now have a 44-year-old prime minister with three young children who proudly calls himself a feminist, yet sees no urgency for a national child care program, writes Carol Goar.

Thirty-two International Women’s Days have come and gone since Canada’s working mothers were promised a national child care program. Six prime ministers have held the reins of power. Two generations of women have waited in vain.

Prime Minister Justin Trudeau could have changed this record of failure. All he undertook to do was “meet with provinces, territories, and indigenous communities to begin work on a new National Early Learning and Child Care Framework.” To all intents and purposes, women are back where they started in 1984 when former prime minister Brian Mulroney made a ground-breaking pledge to introduce a national child care plan.

Why has child care fallen off the national agenda again and again? Why do governments — Liberal and Conservative alike — fail to deliver a service that is essential to gender equality?

It would be easy to blame perfidious politicians as some feminists do; tempting to point to fiscal constraints as some economists do; natural to attribute the lack of progress to federal-provincial clashes as some constitutional scholars do; or accuse women themselves of undermining their quest for child care.

There is a grain of truth to all these explanations. But there is a deeper truth. Canadian society is fundamentally split. One segment of the population believes the best way to provide child care is to hand parents cash and let them buy whatever they want — from babysitting to a spot in a licensed public child-care centre. The other camp believes the role of the federal government is to invest in safe, affordable child care spaces so both parents can work.

It was this cleavage that scuttled Mulroney’s plan. Three years after taking power, his Conservative government introduced a bill to create 200,000 new child spaces. Ottawa was prepared to put up $5.4 billion. Parents would get tax breaks. Businesses would get incentives to create child-care centres in their workplaces. It was rejected categorically by child care advocate Martha Friendly. Tax breaks were inequitable, she argued. Private, for-profit daycare was the wrong way to go. And giving parents money would do nothing to address the desperate shortage of public child care facilities.

Mulroney’s bill died on the order paper. The Conservatives never resurrected it.

The same schism scotched Jean Chrétien’s plan to create 150,000 new child care spaces. He pledged in 1993 to spend $720 million over three years on a nation-wide program with one condition: the provinces had to match Ottawa’s contribution. Years of intergovernmental negotiations ensued but no agreement was ever reached. The Liberals could not close the fissure between those who wanted to expand public child care and those who wanted to give parents more bargaining power the marketplace.

Paul Martin, who succeeded Chrétien in 2003, came close to achieving a cross-Canada consensus. By upping the ante to $5 billion over five years, his social development minister Ken Dryden was able to reach child-care agreements with all 10 provinces. Dryden completed the task on Nov. 25, 2005. Three days later, Martin’s government lost a vote of non-confidence. His government was toppled in the subsequent election.

Canada’s 22nd prime minister, Stephen Harper, made it clear from the outset he wanted nothing to do with “institutionalized child care”. He immediately cancelled all 10 federal-provincial agreements, offering parents a $100-a-month universal child care benefit for every youngster under the age of six. “Our party understands that child care decisions are best left in the hands of the real experts, mom and dad,” he said.

He repeated this message so often and buttressed it with so many tax breaks for one-earner families that child care advocates were stymied. New mothers scrambled to make any arrangement they could: signing up for coveted child-care spaces before their babies were born, extending their maternity leave, enlisting relatives, hiring foreign nannies and returning to work part-time.

Today that’s the norm. Trudeau has pledged to make his predecessor’s child-care benefit more progressive but he is not deviating from Harper’s cash-for-parents model. Political observers hold out little hope of any significant expansion of Canada’s fragmentary, underfunded preschool system.

Canadians now have a 44-year-old prime minister with three young children who proudly calls himself a feminist, yet sees no urgency for a national child care program. Trudeau affirmed his “steadfast commitment to promoting full and substantive equality for all women” this week, but left another generation of mothers waiting.