Canada is stepping its toes further into the social and military disasters in Africa created by several centuries of imperialist plunder. It is sending six military helicopters to assist United Nations Security Council-endorsed occupation troops in Mali. 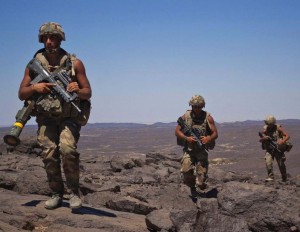 Foreign soldiers arrived in Mali under the UN flag in the aftermath of a chaotic military coup staged in April 2012. Early in 2013, France invaded Mali and established its own occupation force. The French force operates independently of the UN force. It enjoys support across the political spectrum in France, including on the left.

What is happening in Mali, and why are foreign soldiers rushing to there? Don’t look for answers to that question in mainstream media. For that matter, don’t look in left-wing or alternative media, either, at least not in Canada. They don’t ‘do’ complicated foreign policy stories, opting instead to give the Trudeau-led Liberals carte blanche in their interventionist politics abroad.

There is much official worry that accompanies the Canadian government decision. Writing in the Globe and Mail on March 20, columnist Campbell Clark reports:

Canada is timidly back. The Liberal government announced the return to UN peacekeeping in a timorous voice.

In a press scrum, Foreign Affairs Minister Chrystia Freeland let slip that caution is the watchword for the mission that Canadian Forces will take on in Mali. The government, she said, wanted to make “a real contribution in as careful a way as possible.”

… Mr. Trudeau’s government has decided Canadians like the idea of sending peacekeepers, but they might not like the grim realities of modern peacekeeping. Mali is, by fatality count, the most dangerous of current UN missions – 162 deaths so far, 99 by “malicious act” – even though it’s not nearly as deadly as the Canadian mission in Kandahar province from 2006 to 2011. But sending an aviation task force is a far less risky venture than sending ground troops.

The Globe writer did point to a substantive reason for the Canadian intervention decision: it is a piece of the diplomatic operation being waged by the Trudeau’s government to win a seat on the UN Security Council. 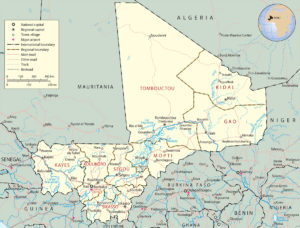 Canada brings much recent experience to the job of sending military occupation forces to countries of Black people ravaged by imperialism. It provided key political support to a U.S. backed coup in Haiti by right-wing paramilitaries in February 2004. Canadian soldiers were rushed into Haiti following the coup to consolidate its dirty deed. The coup overthrew Jean-Bertrand Aristide, a social reformer who wished to improve the desperate condition lot of his country and its people. The coupmakers also overthrew Haiti’s legislature and senate.

Canada has played a leading role in the disastrous UN Security Council military occupation force still present in Haiti country all these years later. Among the ‘achievements’ of MINUSTAH, as the UN force is named (the force has recently undergone a name change), are widespread sexual abuse of Haiti women and girls by UN soldiers and a cholera epidemic brought to the country by the Nepalese contingent of the UN force. The cholera epidemic broke out in the aftermath of the 2010 earthquake and has killed more than 10,000 people and sickened hundreds of thousands more.

The Trudeau government has not said whether it will conduct a vote in Parliament on the Mali decision. That matters little because there is no opposition in Canada’s Parliament to the country’s foreign military interventions, be they in Haiti, Ukraine or northern Iraq. The only concern about this latest venture will be whether Canadian soldiers are in danger of being killed or injured. How to remedy and tackle the desperate conditions of sub-Saharan countries such as Mali, sitting as they do on the front lines of the global warming emergency, does not figure into the moral or intellectual compasses of Canadian parliamentarians or Canada’s appointed senators.

Here are two additional reports on the Canadian expeditionary force to Mali:

For full background to the ongoing crisis in Mali, read the extensive dossier of articles by Roger Annis, here on A Socialist In Canada.