Another warning of global warming: Record auto and truck sales

The capitalist expansionism that is destroying the Earth’s ecology is proceeding apace, as evidenced by record auto and truck sales across the planet. 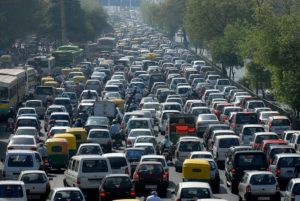 Canada is on target for a record year of new auto and light truck sales in 2017, at more than two million.

The United States set a record for new vehicle sales in 2016 at 17.6 million. Sales in 2017 will come close to that or exceed it. 2016 was the seventh consecutive year of year-over-year sales gains in the U.S.

And on and on.

It’s bad news for planet Earth, considering that alongside war, the automobile is the single largest culprit in the wrecking of the planet’s ecology during the 20th century. According to The Alliance of Leading Researchers and Thinkers, human society is on track to go from one billion motorized vehicles in 2010 to two billion in 2030.

The automobile’s trail of wreckage is not only due to the pollutants that fossil-fueled vehicles spew out and the resources that must be dug up from the Earth to manufacture vehicles in the first place. Additionally, the automobile has utterly shaped the urban-sprawl/poor-or-non-existent-transit model of cities and towns, beginning in North America and then spreading to the world. And this urban model as well as the relentless expansion of natural resource extraction has taken human settlement into vast stretches of territory where humans have fouled the land, air and waters and killed or displaced the other creatures that inhabit the planet.

While we’re at it, air travel must also be drastically curtailed. According to the U.S. Environmental Protection Agency, 27 per cent of greenhouse gas emissions in the United States are caused by transportation. The EPA’s corresponding figure for global emissions is 14 per cent [U.S. and global figures have been corrected from the original article, on Oct 5, 2017]. Vehicles and airplanes are only part of that. The largest part is the transportation from one end of the globe to the other of all the junk that is manufactured, used and discarded in the pursuit of illusory consumerist dreams that ‘more junk’ brings human satisfaction. Adding to this excess is the transportation of food produced in distant lands, so much of which should be produced locally.

If we take into account the emissions created in the production of all the harmful, consumerist junk requiring ‘transportation’ to its final market, then the full dimension of the ‘transportation’ category in greenhouse gas emissions comes into full focus. It is enormous. 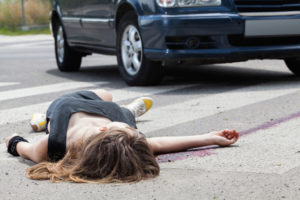 The science required for powering down all the waste and excess of capitalist society is known and available. But powerful, capitalist economic interests stand in the way. They are oblivious to the death spiral of their system. They control governments and armies. They preach a death-cult ideology saying happiness can be obtained by possessing more and more ‘things’.

Happiness and spiritual well being cannot be achieved on a dead planet. They will die along with the planet if those destroying the Earth are not stopped. Happiness and spiritual well being can only be achieved in the struggle to create a new, caring and sharing society (socialism). A society in which access to science, culture and material comfort are indispensable rights for all. Where humans live in harmony, not at war, with nature.

Postscripts:
*  What global warming? Sales of trucks and SUVs worldwide are leaving smaller autos in their dust, report in Toronto Star by Michael Lewis, May 2, 2018

*  The world is embracing SUVs and that’s bad news for the climate and future generations, by Hiroko Tabushi, New York Times, Mar 3, 2018  The SUV-building bonanza contrasts with promises made by automakers of big investments in electric vehicles and other low-emitting vehicles. They are pouring resources into far more polluting SUVs